The Benefits of a Four-Day Workweek 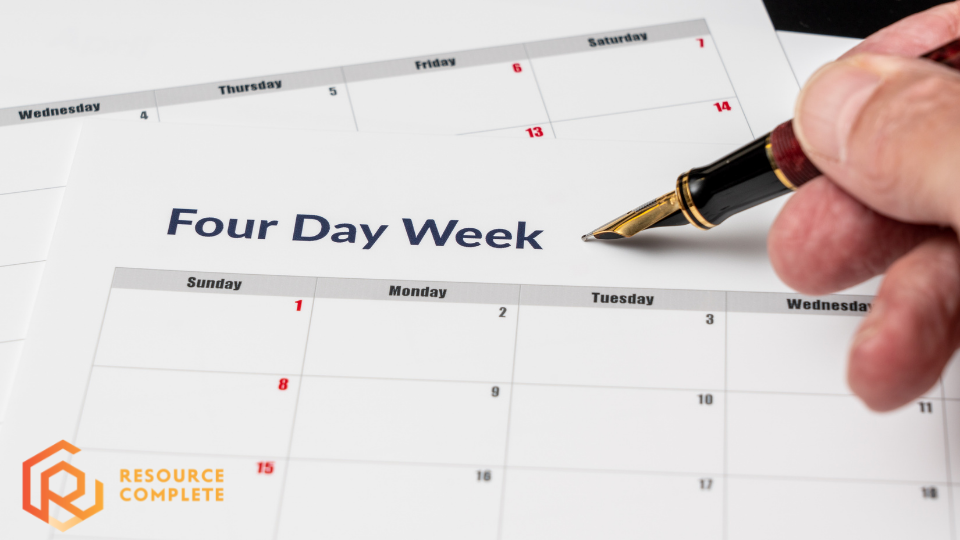 For decades, a traditional workweek for full-time workers has been five days per week for at least 40 hours each week. This means that, at a minimum, we spend one-third or more of our waking hours at work!

In some jobs or industries, this might be the only or best option—but that’s not always the case. Some companies have found that a four-day workweek benefits employers and employees alike!

What the Data Says About Four-Day Workweeks

Several small and large-scale studies have been conducted to measure the impact and effectiveness of working less than 40 hours per week.

A study performed by Perpetual Guardian—a New Zealand estate management firm—found that after reducing the average workweek from 40 to 32 hours for its 240 employees from March to April 2018 while still paying their full salaries:

Iceland conducted a much larger experiment. Between 2015 and 2019, over 2,500 workers (about 1% of Iceland’s working population) worked between 35 and 36 hours a week instead of 40. Employees across a wide range of industries were recruited for the study, and they did not receive a pay cut for working fewer hours.

Employers found that productivity remained the same or even improved across most of the participating workplaces. And workers reported that they felt less stressed and burned out, as well better work-life balance.

The experiment was so successful that now 86% of Iceland’s workforce have moved to a shorter workweek.

Thanks to the success of these two experiments, other companies are following suit. Microsoft Japan launched a one-month experiment of shorter workweeks in the summer of 2019 that boosted productivity by nearly 40%. And Unilever New Zealand is conducting a one-year experiment that allows all 81 employees to earn their full salary while working only four days per week.

Four-Day Workweek Pros
Though the idea of a three-day weekend every weekend may excite you, there are additional pros to working a four-day workweek.

— Increased Productivity
As the research has shown, you’re more likely to become a more productive and efficient employee.

— Environmental Benefits
When you commute to work one less day per week, you not only reduce your commute-related stress, you have a net positive effect on the environment. Even cutting out one day of commuting by car, bus, or train reduces the number of greenhouse gasses released into the atmosphere, not to mention you’re not using up resources (like gas and water) working at the office.

— Better Work-Life Balance
Having one weekday free every week is likely to give you a better work-life balance!

You can run errands or schedule appointments during the week without having to take time off of work (or feel guilty about missing work!). Or, you can schedule a little extra travel and have more time to pursue your hobbies.

Cons of a Four-Day Workweek

But before you start pursuing a four-day workweek, know that a shortened workweek is not the right choice for everyone.

— Not in Every Industry
Depending on the field you’re in, you may not be able to take advantage of a four-day workweek. Some industries require longer hours or more availability than four days a week.

— Time Crunch
Though the studies show that most employees are more productive during a shorter workweek, not everyone is. Some people may feel stressed or overwhelmed trying to fit a 40-hour job into 35 or even 32 hours in a week. As a result, they may end up working 40 or more hours every week to get everything done.

— Pay Cuts
While some employers continue to pay staff’s full salary, not all can or do. For some employers, the cost of a four-day workweek is just too high, so they may cut staff pay to close the gap. Likewise, they may not be willing to let you work less than 40 hours per week if it means you can’t meet client demands.

The shift to a four-day workweek could mean more free personal time for the average worker, which often leads to a better work-life balance. However, the four-day workweek isn’t for everyone, so consider the pros and cons before diving in.