To be a great leader, you need to start by leading yourself 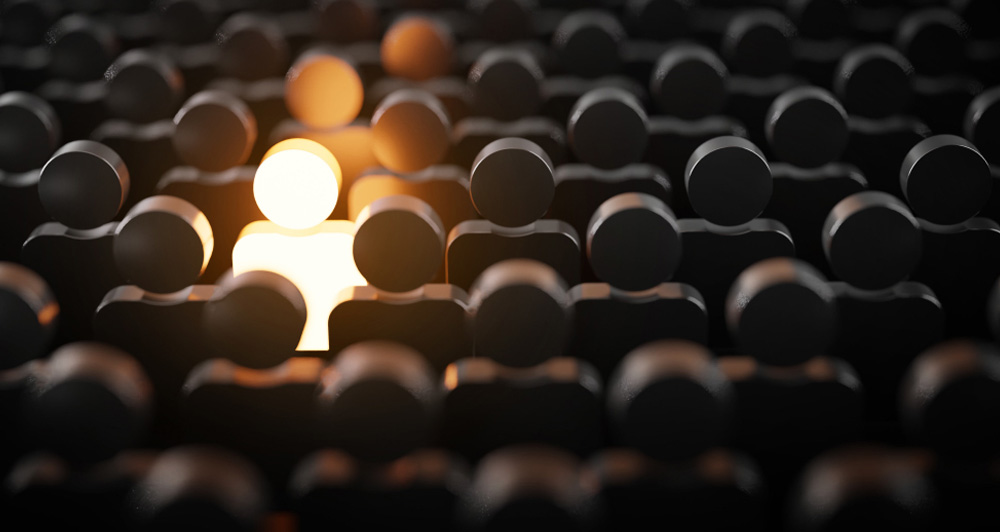 Most people go into top positions with good intentions, but those often crumble due to the demands — and perks — of the job. If you want to succeed, devote some time and energy to self-leadership, says consultant Lars Sudmann.
This post is part of TED’s “How to Be a Better Human” series, each of which contains a piece of helpful advice from someone in the TED community; browse through all the posts here.

Being a leader is a little like being a parent, says Lars Sudmann, a former corporate executive, in a TEDxUCLouvain Talk. Beforehand, we have all these rosy visions of how we’re going to do it, how incredible we’re going to be, and how we’ll sidestep the mistakes that we see other people make.

But when it’s our turn to assume the role, we find that reality doesn’t match our expectations or imaginations. Sudmann, for example, believed that he would ace his first leadership role. Then, he held his first major staff meeting, an employee asked a question about the company’s email signature, and the proceedings — and his command of them — completely fell apart.

After some months, Sudmann realized he was fighting against certain entrenched factors that keep all leaders from improving. Like many in the working world, leaders have too much to do and not enough time to do it; desperate to look effective, they race around like headless chickens and don’t clearly think through their priorities and strategies; and being in a position of power causes them to assume that the people beneath them will take care of a lot of problems.

Sudmann, now a management consultant in Belgium, found a potential solution to these “classic leadership problems” in Marcus Aurelius, the Roman emperor and Stoic philosopher. Rather than spending his time trying to learn to rally and guide others, Marcus Aurelius focused a surprising amount of his energy on mastering self-leadership. Sudmann also came across an instructive quote from Dee Hock, the founder of the Visa credit card: “If you look to lead, invest at least 40 percent of your time managing yourself.”

Sudmann has found this orientation tremendously helpful — first, as a leader and, more recently, as someone who helps other leaders succeed. Below, he breaks down three actions that go into self-leadership.

Be aware of your shortcomings

Leaders need to know all of their biases, predilections and weaknesses. It’s crucial information for a boss to have, but it’s not always easy for them to receive such feedback from their colleagues and underlings. Even when they’re told they won’t face retribution or punishment for their comments, many people still find it difficult to offer genuine criticism.

Instead, try what Sudmann calls the “character traits check.” Think of someone you’ve worked with who — in your opinion or the opinion of trusted colleagues — was a bad leader or boss. What were the things they did that caused those negative judgements of them? Next, ask yourself: Do you share any of those behaviors? Then, says Sudmann, give yourself a score for 1 to 5 (1 being you don’t really share the behavior to 5 being you share it to the nth degree).

Perhaps you had a leader who kept important information away from her employees, which made it difficult for everyone below her to do their jobs. Or, maybe you had had a micromanager? A yeller? Someone who played favorites — and let everyone know it? You probably also experienced leaders whose actions were less dramatic or egregious but still detrimental. Maybe they were a vague communicator? Or they always told you they’d get back to you “later” but “later” somehow never arrived?

Don’t be surprised if some of their behaviors hit home with you. “What we find bad in others very often resonates with ourselves,” says Sudmann. After you identify your potential areas of improvement, make a plan for how you’ll work on them. Try to do a character traits check every month.

Every day, take 5- 10 minutes to think about the challenges you’ve recently handled and the ones you’ll soon face. While Marcus Aurelius was fond of reflecting in the evening, Sudmann likes doing this over morning coffee. Questions to pose include: “How did my leadership go yesterday? How would the leader I’d like to be have faced the challenges I faced? What about my challenges today? What could I do differently?” Write down your thoughts so you can refer back to them and learn from them.

No matter how much preparation and reflection you put in, there will be employees, colleagues, clients and associates who anger, frustrate or annoy you. Sudmann candidly admits there will be “all these moments you face as a leader when you think, “Argh! Stop doing this!”

That’s where the practice of “reframing” comes in. When those teeth-grinding times occur, suggests Sudmann, “stop and ask yourself … on a scale from 1 to 10, how important is this issue right now?”

You should engage with 9s and 10s right away, but you’ll find that many things which shatter your calm will be of lesser importance. With anything that’s a 6 or lower, either excuse yourself physically (“I need to take a quick break; be right back”) or figuratively (“Let me take a minute to go over what you’ve said”). Then, give yourself a moment to think: “How would the leader I aspire to be handle this situation?” The answer will come to you.